The most important gate to the history of the Southern Caucasus!

Ganja is Azerbaijan's second largest city. It was named Elisabethpol in the Russian Empire Period. The city regained its original name, Ganja, in 1920 during the first part of its incorporation into the Soviet Union. However, its name was changed again in 1935 to Kirovabad and retained that name through most of the rest of the Soviet period. In 1989, during Perestroika, the city regained its original name.

Historically an important city of the South Caucasus, Ganja has been part of the Sassanid empire, Great Seljuk Empire, Kingdom of Georgia, Atabegs of Azerbaijan, Khwarezmid Empire, Il-Khans, Timurids, Qara Qoyunlu, Ak Koyunlu, the Safavid, the Afsharid, the Zand and the Qajar empires of Persia/Iran. Prior to the Iranian Zand and Qajarrule, following Nader Shah's death, it was ruled locally for a few decades by the khans/dukes of the Ganja Khanate, who themselves were subordinate to the central rule in mainland Iran and were a branch of the Iranian Qajar family. Ganja is also the birthplace of the famous poet Nizami Ganjavi.

Ganja, located 400-450 meters above the sea level, lies on the Ganja-Gazakh plain in the Kur-Araz lowland in the west of Azerbaijan, 375 km away from Baku. It is situated at the north-eastern foothills of the Lesser Caucasus mountain ranges on the Ganjachay river.

The city borders on the administrative rayons of Goygol to the south, west and north-west and Samukh to the north-east.

Ganja is primarily known for its Azerbaijani and Islamic architecture, but its buildings reflect the various peoples and empires that have previously ruled the city. During Ganja Khanate period, the Khans proceeded to make an indelible impression on the skyline of Ganja, building towering mosques and houses from red bricks.

Among the oldest surviving examples of Islamic architecture in Ganja are the Nizami Mausoleumand Shah Abbas Caravanserai, which assisted the Shahs during their siege of the city. The area around and inside the mosques, contains many fine examples of traditional architecture like Chokak Bath. Another interesting building is the Bottle house of Ganja.
Ganja has many well-maintained parks and gardens, with the Khan's garden being one of the most scenic parks, and one of the city's most known landmarks. It features interesting landscaping, and consists of a wide variety of trees and plants in an open concept.

Traditional shops, modern shops and malls create a mixture of shopping opportunities in Ganja. Javad Khan Street is the traditional shopping street that is located in the old town. Constructed between 2014 and 2017, Ganja Mall is considered as the city's largest mall. Other shopping centers include Khamsa Park, Taghiyev Mall and Aura Park.

Ganja is one of the famous tourist destinations in Azerbaijan with its historic buildings such as Nizami Mausoleum, Ancient gates, Juma Mosque, Imamzadeh, Tomb of Javad Khan, Chokak Hamam, Shah Abbas Caravanserai and Ugurlu Bay Caravanserai.

The city has many amenities that offer a wide range of cultural activities, drawing both from a rich local dramatic portfolio and an international repertoire. The city is known for its famous metal handicrafts industry during the Middle Ages. The most notable works of that period includes Gates of Ganja and Ancient Ganja Gate.

No Trip matches your search criteira

Meet with The City of Wind and Fire 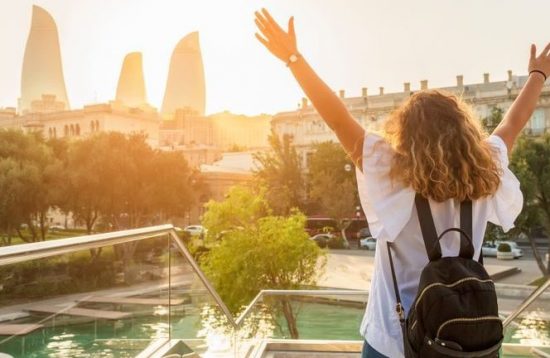